Blog 38: On the ‘Heart Of Darkness’ by Joseph Conrad. 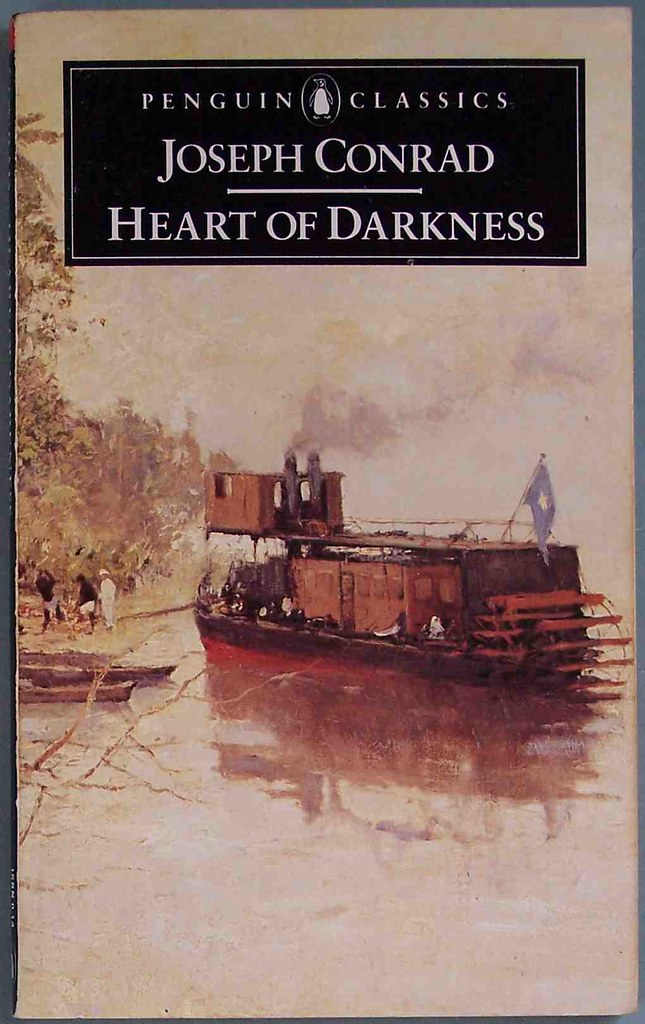 At the beginning of this year I set myself the task of reading more books considered ‘classics’ in order to widen my literary knowledge and improve my writing skills. After asking a friend and colleague for book recommendations, I have made it to and finished the modern classic and short story, ‘Heart of Darkness’ by Joseph Conrad. Previously, I had never heard of Joseph Conrad, so I decided to do some research about the author.

Joseph Conrad was born in December 1857, he was a Polish-British writer who was granted British nationality in 1886. Many of his works feature nautical settings which is not surprising considering Conrad expressed a desire to go to sea and spent time working on French merchant vessels before joining a British ship as an apprentice.

The ‘Heart of Darkness’ explores the effects of European imperialism and colonialism in Africa, both for the African people who lived there and the Europeans who were sent there as part of the now, illegal, ivory trade. Conrad writes from the perspective of a seaman called Marlow, who recounts to his small crew the months he spent searching for a mysterious man called Kurtz. Through Marlow’s eyes you are drawn into the story as naively and innocent as the young men who were employed by the ivory trading companies. You learn about the horrors and grim realities which faced these young men and Marlow when they reached their designated trading posts in Africa, as though Marlow is reliving the experience all over again and you are there standing beside him.

Upon arrival in Africa, Marlow is charged with bringing the apparently admired Kurtz away from his trading post. Although this is Marlow’s goal, it was not clear to me straight away and I learnt this as the story progressed closer to its midpoint. Initially my thoughts were full of wonder; it seemed that Marlow had been transported into another world, a hellish world, one that you were not aware of because it creeps up on you slowly.

There were earlier clues that anyone willingly going to Africa must be mad, the doctor who examines Marlow before his trip asks him ‘Ever any madness in your family?’ The doctor also states that he ‘always asks leave, in the interest of science, to measure the crania of those going out there’. When Marlow asks about whether or not he does this when they return too, the doctor says ‘I never see them’. Although this didn’t make me feel uneasy straight away, these comments were justified and made sense later on in the story.

Mental health seems to be a topic which Conrad is intimately familiar with and entitled to write about. Sadly, Conrad attempted suicide in March 1878 after running into debt and suffering from depression. Fortunately, he was not successful though the extent of his attempt is unknown. The ‘Heart of Darkness’, highlighted predominantly through Kurtz, explores the human psyche and the deterioration of a person’s mental health in the face of challenging working environments and immoral practises.

The slave trade and racism is evident towards the native African people with the frequent use of the N-word, which at the time and setting of this book is tragically, historically accurate. Many of the African people have been captured and forced to work with no or little form of payment, and the conditions in which they work ultimately drive them into an early grave. Marlow witnesses this himself when he travels to a trading post and stumbles across what he calls ‘the grove of death’, a small cluster of trees where exhausted African people are left to die. The reality of the time and situation is shocking and absolutely disgusting, but nonetheless, an important part of history and our understanding of how our present world came about. For this reason alone, I found reading the ‘Heart of Darkness’ an educating experience and a reminder of the human capacity for change, forgiveness and remorse.

The African people show an emotional depth, ferocity and intelligence that is both raw and at one with the world and nature. It is a time before the dawn of ages, almost dare I say, closer to prehistoric than anything a person could hope to experience today. Marlow comments on how the African man who fuels his boat fears not feeding the engine with enough fuel because the demon inside becomes angry. He also comments on how the African people are afraid of the noise that sounds when he pulls the whistle on his boat. The African people live in an older time compared to their European counterparts, a time where science has no meaning to them. I found this to be both enlightening and sad that the gap in equality was allowed to remain, and the brutal and indifferent nature in which these companies trampled the African people’s customs and homeland.

Kurtz is a mysterious man from the start. You do not meet him until the very end of the story and previously he is described as brilliant and respectable, a genius. Kurtz is proudly affirmed as producing the most ivory and is almost certainly destined to be set on paths for greatness when he returns home. However, like with the doctor, there are clues that Kurtz is no longer the same man he had once been when he first arrived in Africa. Marlow overhears conversations between a nephew and uncle who hold higher positions within the company; they comment that ‘The climate may do away with this difficulty for you.’ Their conversation also hints that Kurtz is ill, and that he knows that they wish to ‘dispose’ of him. Again, this wasn’t something that I immediately realised until Marlow actually met Kurtz, and in this way, Conrad’s writing is absolutely brilliant.

When Marlow finally arrives at Kurtz’s location it is obvious that the man is ill. My guess is that if he were diagnosed today he would probably be suffering from Malaria. However, Kurtz also appears to be insane, whether this is from deterioration in mental health or symptoms of a physical disease, it is unclear, but Marlow comments ‘his soul was mad. Being alone in the wilderness, it had looked within itself, and, by heavens! I tell you, it had gone mad.’ Kurtz’s apparent success with finding ivory is due in part to his effect on the native African people; they appear to respect him as though he were a god-like figure. How exactly he became so renowned amongst the natives, Conrad either left intentionally vague or I never discovered it. Kurtz is taken away from his station and the native African people watch in a ceremonious fashion before Marlow pulls the whistle and frightens them away.

Kurtz inevitably dies with his last words being ‘the horror, the horror’. Perhaps a little melodramatic but as it is suggested by Marlow; Kurtz had spent too much time alone and looking within himself at his soul. Living and working within the African continent had designed the conditions which drove Kurtz to insanity and if the doctor’s words are taken into account, many before and after him too. In my opinion, the immoral choices and decisions illuminated in the background, the gap between Marlow and Kurtz’s world and the native African people, and the lack of medical understanding is most likely what drove Kurtz insane.

At the end of the story Marlow meets Kurtz’s fiancée, and when she asks him for Kurtz’s last words, Marlow lies and tells her that Kurtz simply called her name. After I had put the book down and thought about this a bit more, I realised that Marlow was not just protecting Kurtz’s fiancée’s feelings, but also hiding the truth and reality behind the way their whole society had built itself and operated upon. Marlow’s lie to Kurtz’s fiancée displays how I imagine that most of society was left unaware of the true horrors and injustice taking place across the globe at the time. It also reiterates that the experiences were so terrible and mentally assaulting that those who knew the truth felt it was safer to keep it to themselves, or like in Marlow’s case, recount the story to a select few later on.

I must admit I read this book slowly and with difficulty, but the more I think about the story now the more I realise how detailed and honest the story actually is. Conrad, like many writers, breaks the rules of society and refuses to sweep difficult subject matters under the rug. His words are written to provoke deep thinking and self-questioning, as well as to expose the ugly side of life, business, and the world. I wonder in my cynicism, if we have really progressed as much as we would like to believe, or if perhaps things are uncomfortably similar, just different, more subtle, and more refined, maybe. In my eyes I think this is why ‘classics’ become ‘classics’, because their lessons and truths are still too close to home and are still areas we continue to learn from today.