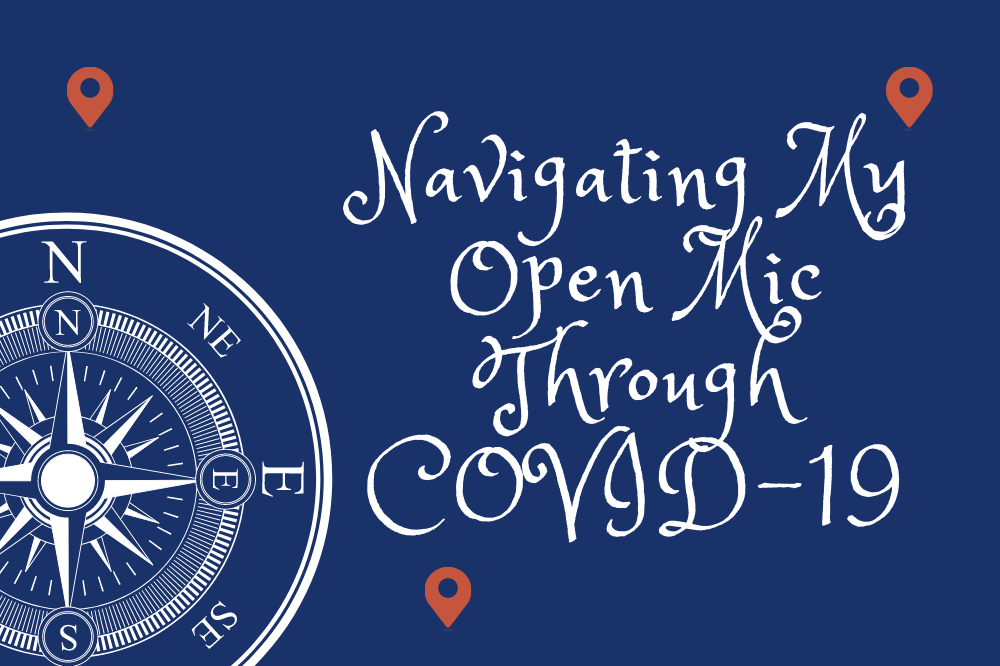 Words and Music at MILK Café is one of Scotland’s longest running open mic nights, which I co-host with fellow poet Gayle Smith. It was founded by writer and former reporter Pamela Duncan, poet Janet Paisley and poet Hughie Healy in 1990. They met every month in Sammy Dow’s pub in the south side of Glasgow until 2016, and they moved to the Pollok Ex Servicemen’s Club. Gayle was made sole host in 2006 after Hughie died. He was the first dead featured writer in Words and Music history. I’ve decided to keep it short, as Words and Music’s rich history deserves its own blog post, so I’ll give a paragraph or so about where I come into the picture.

Gayle and I met in August 2017 at my first and only time at Extra Second when they were in the Blue Chair Café. I performed an early version of my flash fiction ‘Oot’ (now published in Gendertrash magazine) and my poem ‘In Praise of Wickedness’ (now published in Acumen’s Young Writers showcase). Gayle asked me if I wanted to be co-host, and I said that I would need to think about it. I was living in Ayrshire so the location wasn’t great for trains. In any case, that night I knew I belonged there and I’ve never looked back. When the Pollok Ex Servicemen’s Club told us they were closing on a Tuesdays, we moved over to MILK Café. It was a great move, especially as we managed to get quite a few new faces.

When the pandemic hit in 2020, we knew I had to do everything I could to keep our little event alive. The entire poetry scene stopped dead, except for a few groups keeping it together online. Some did it through video performance compiled, edited and put up on YouTube. Some did Zoom calls. Some did Facebook or Instagram livestreams. Some did live posting on their Facebook group. But most of the events stopped completely, including some of my favourites and most of them haven’t returned yet. MILK Café did a Kickstarter to stay afloat during 2020 until they reopened. I put in enough money to get a cake in hopes that we would return.

Because neither Gayle or myself were confident enough to use Zoom, we used the live posting on Facebook method. We took text post submissions as well as videos. I archived each night through a tag for each month. I managed to keep between March and October, but November’s and December’s posts are lost somewhere in the group. We got some great submissions, but we got very few likes or comments from these posts. I found that disheartening because I was already feeling so isolated. Our attendance when we moved to MILK Café was pretty high, so going from 25 or more people squeezed into a café to one or two people giving a passive Facebook ‘like’ hurt.

By January 2021, I had been on many events, meetings, lectures and seminars on Zoom that I felt pretty confident in bringing it there. That was much better than Facebook because we could interact with people in real time. We could hear their voices and see their faces, which we were all missing. Although it had its advantages and I’m a firm believer that Zoom events still have their place post-pandemic, it was nowhere near the same as real life. There wasn’t the same buzz you get in a live setting. There were awkward silences with a clapping emoji instead of actual clapping. As more people were getting out, our attendance dipped down to one or two attendees. It wasn’t the end of the world as we still had some good chat but considering where we were before the pandemic it still stung a bit for me. We stayed on Zoom even after other open mics crawled out of the shadows, as we were unsure whether it was safe to bring everyone back into the wild.

In April 2022, we came back to MILK Café. It was the event’s 32nd birthday. There were around ten of us, including me and Gayle. We read some poems, drank some coffee and ate the cake I bought for us. I had hoped to see more people, but I understood that this was our first night back of many. The scene is different to what it was when everything ground to a halt in 2020. Most of the events and groups that were there are now gone or are only just coming back. The poets I know have changed in the two years we’ve been isolated, especially me. I don’t know where I fit into this landscape, and I think a lot of us are all in the same boat. I’m only just getting back out into performing again in the real world, and it is so much more difficult than I thought it was going to be. But it’s something I’ve got to do. It’s something I want to do. There are still so many reunions to make, and new uncharted territory to discover.

Words and Music has been around for over three decades and I’m going to do my best to keep it going. Throughout that time, we’ve always been about having fun and enjoying being creative and sharing our work. As long as me and Gayle enjoy working together and people still want to join us every month, we’ll be sticking around. We have a great community of poets, storytellers and musicians that have been coming along and I would be honoured if you would like to join us in our new era.

Words and Music at MILK Café is a spoken word and music open-mic co-hosted by Gayle Smith and Jen Hughes based in Glasgow. We meet on the 1st Monday of every month. Doors open at 6:30pm for a 7pm start. Slots are five minutes, but can be longer depending on attendance. Find out more about it here.

Jen Hughes is a writer from Ayrshire, Scotland who has been fixated on writing since she could hold a pencil. She graduated MA English Literature and Film & TV Studies at University of Glasgow. Her debut chapbook “Keep On Spinning” was published by Dreich Books in 2020. She runs the Starter Quest Podcast with her boyfriend Alessandro Crolla.

Further links to her published portfolio are available on her website jenhugheswriter.com.